For years and years there were rumours that Ducati would use the name Scrambler, aready used on several models from the 1960s and 70s, for an entry-level-model. These rumours turned out to be true and the model formed the basis for a whole model family. In April 2014 I didn't shoot the first photos, but the first in a decent quality. The photos showed an early prototype on the open road, camouflaged with black and white spray paint, grey duct tape and lights taken off an old Streetfighter 848. Only a few weeks later I shot the first photos showing the bike in a more advanced stage. In fact it was nearly showroom-ready, but was alienated with equipment used for noise-testing. This resulted in probably the most bizarre look I have ever seen on a bike. 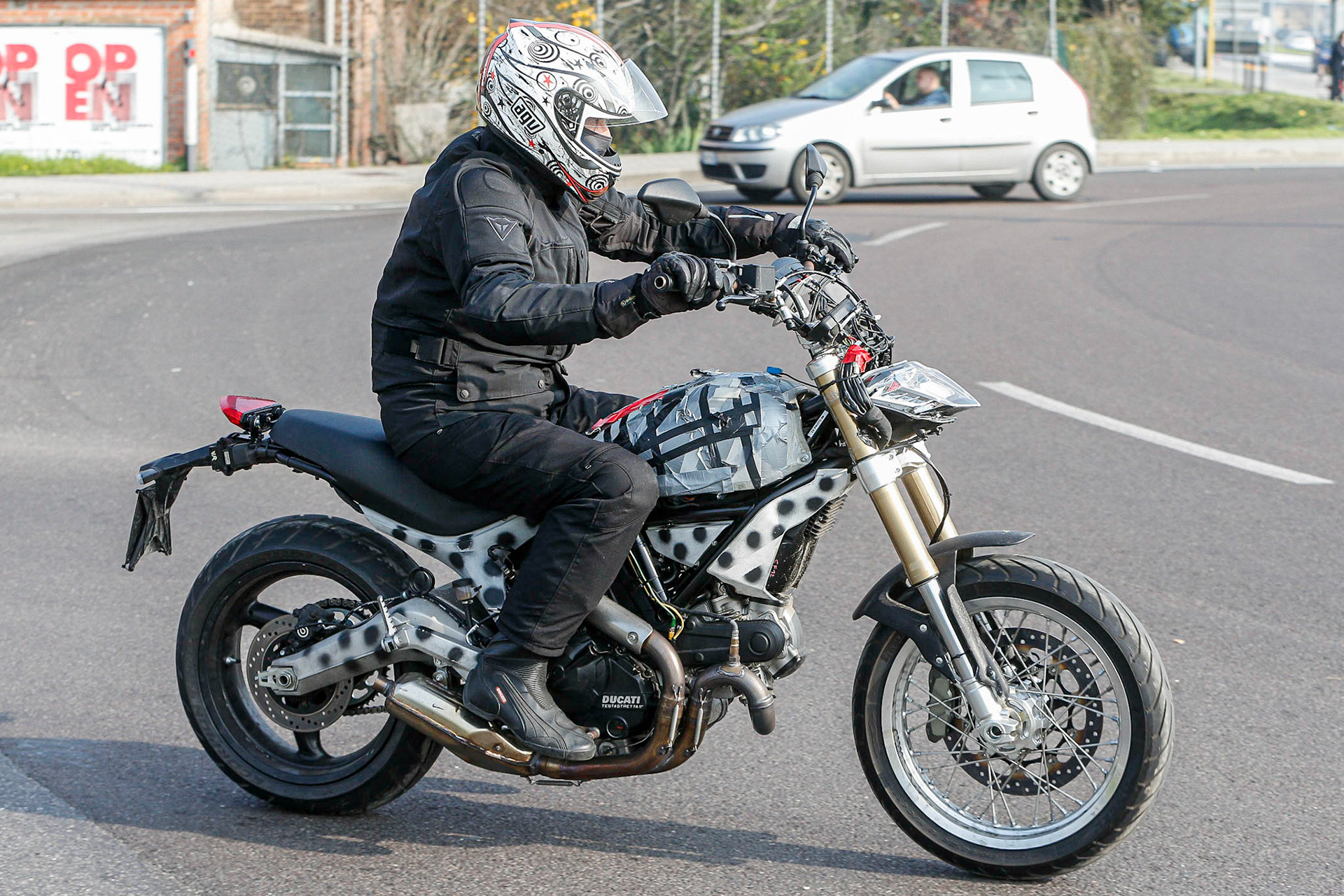 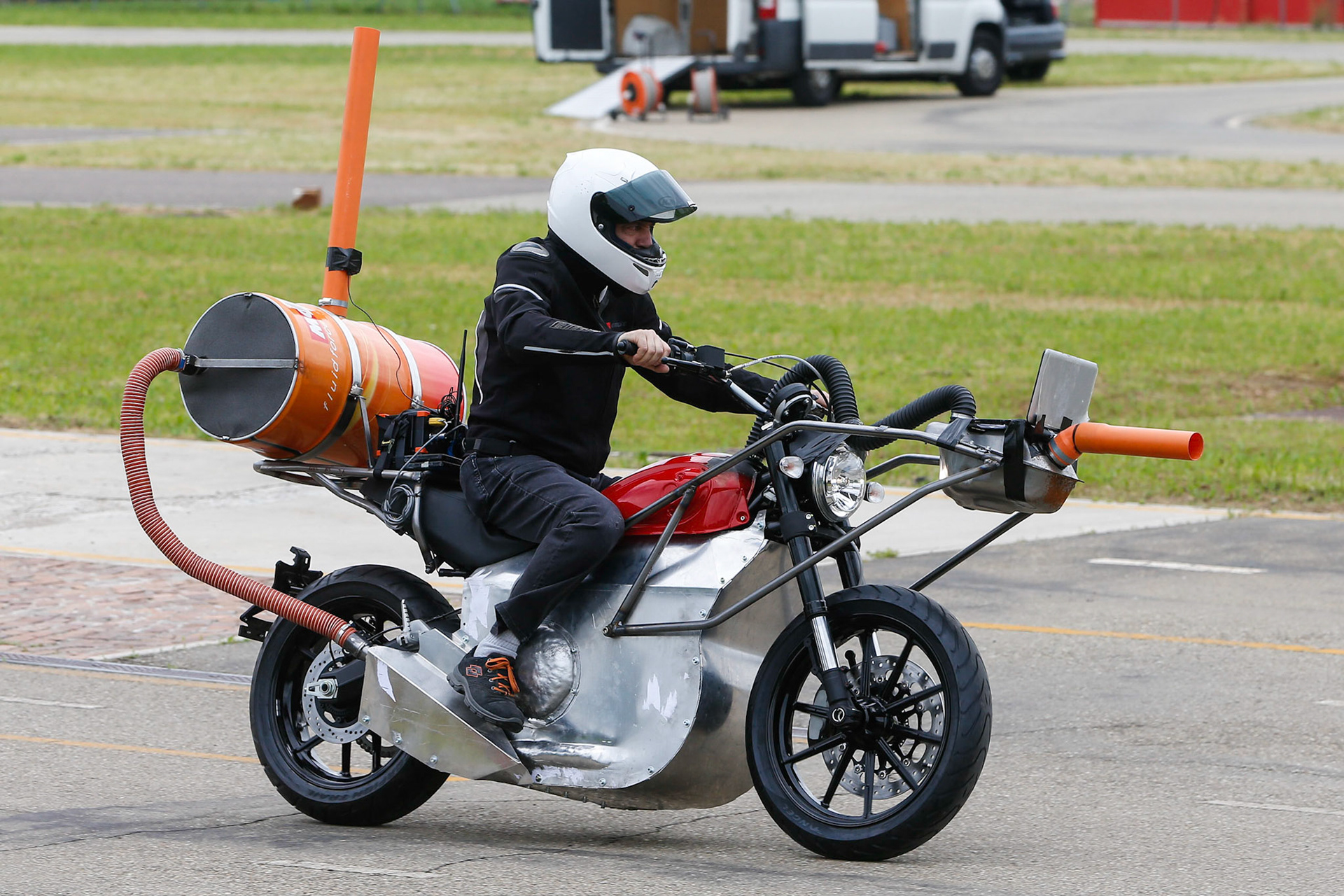 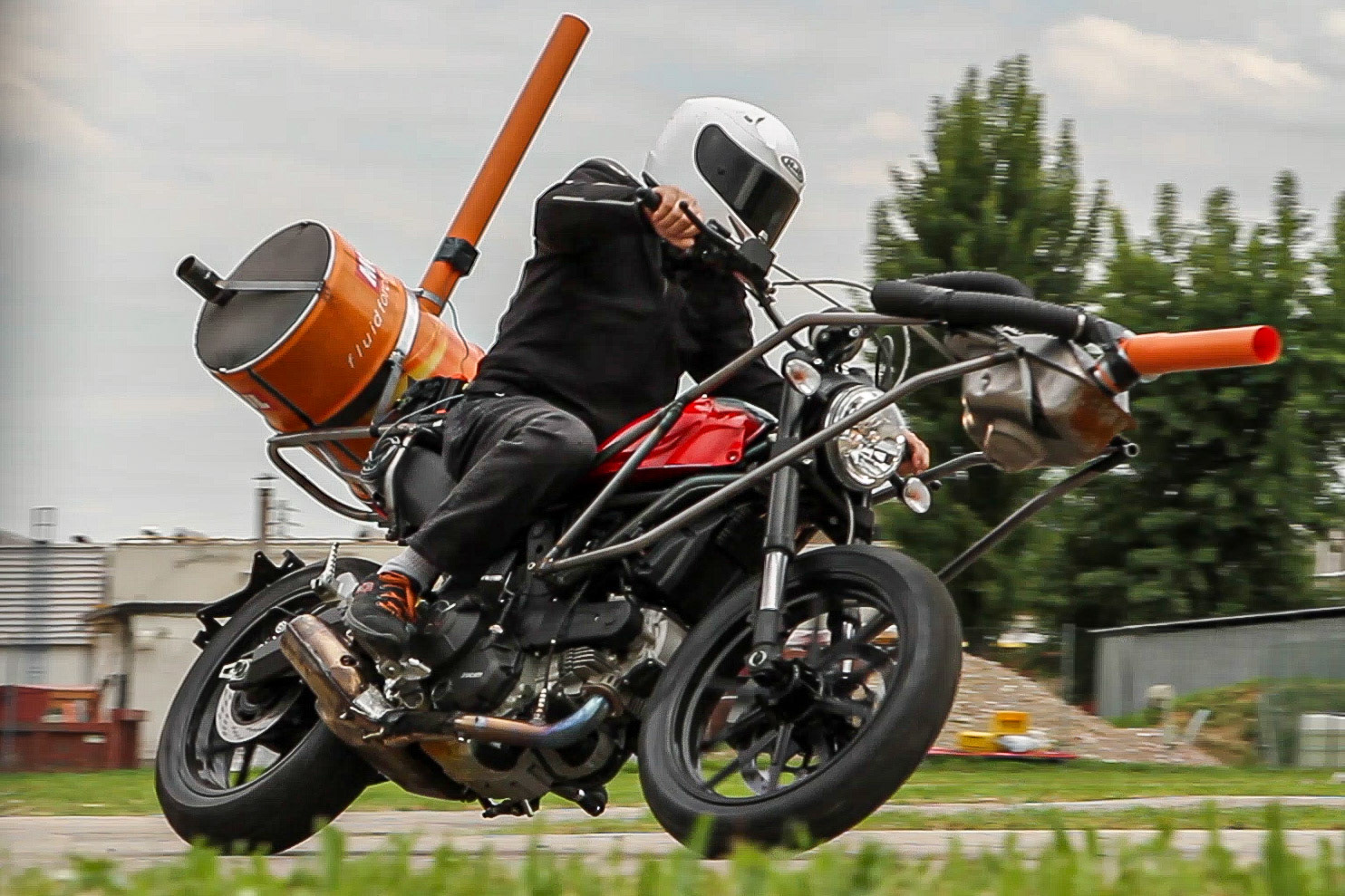