After seeing a very early 690 Duke-based test mule earlier that year I was able to take the very first photos of a first protoype of KTMs highly antipcipated mid-range-bike in summer 2015. The first photos confirmed that it would get a parallel twin-engine, and only a few weeks later a colleague of mine and I got the first photos of the bike on the road, confirming the engine would use a 270-degree crank. In the following year a more advanced prototype showed up, showing so many changes at its engine and frame that doubts came up if this wasn't possibly a first prototype of a different, a smaller parallel-twin-engined bike with around 500cc KTM had already talked about at the time. In fact it was a more-production-ready prototype of the bike that would eventually become the 790 Duke. 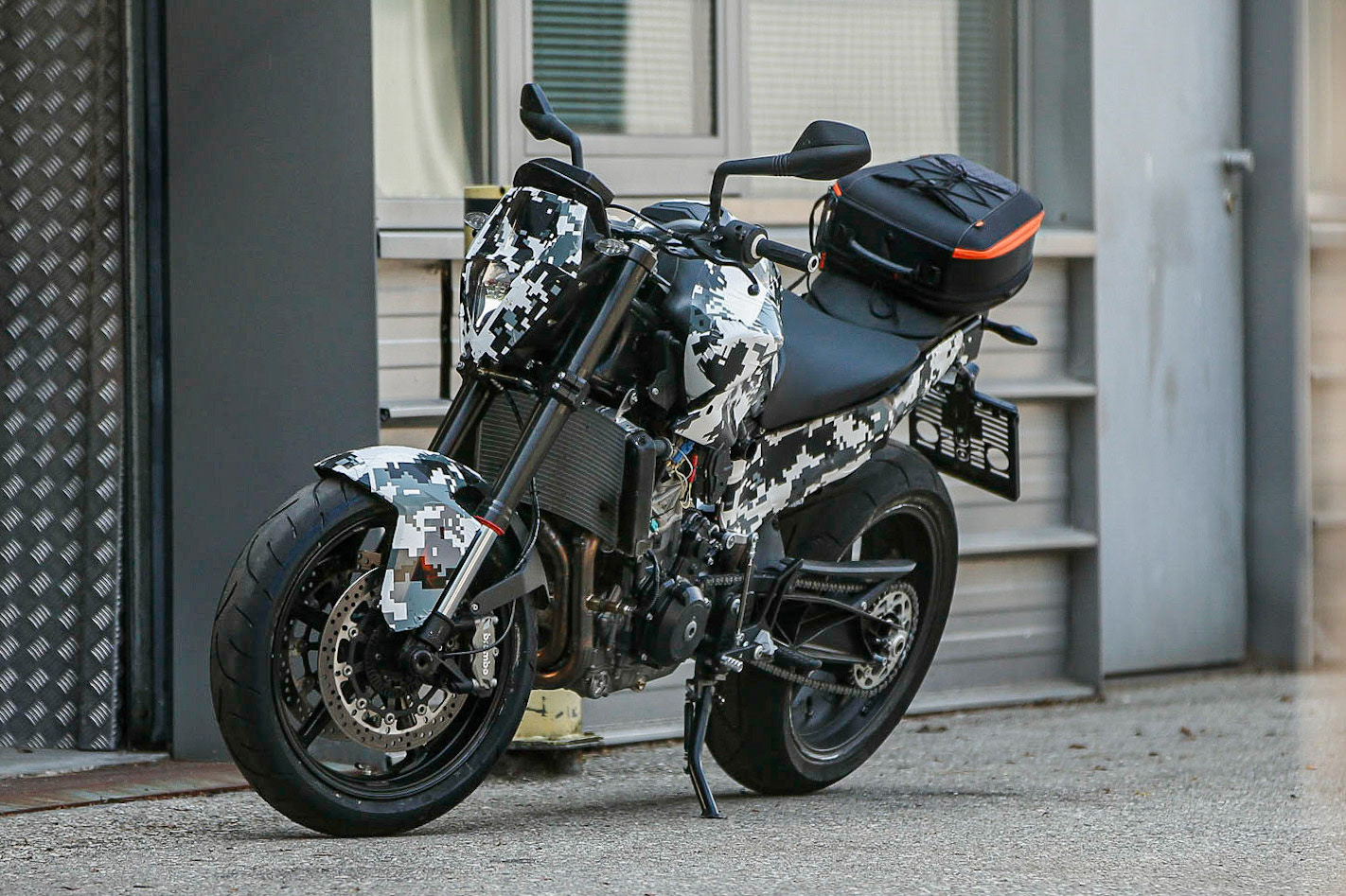 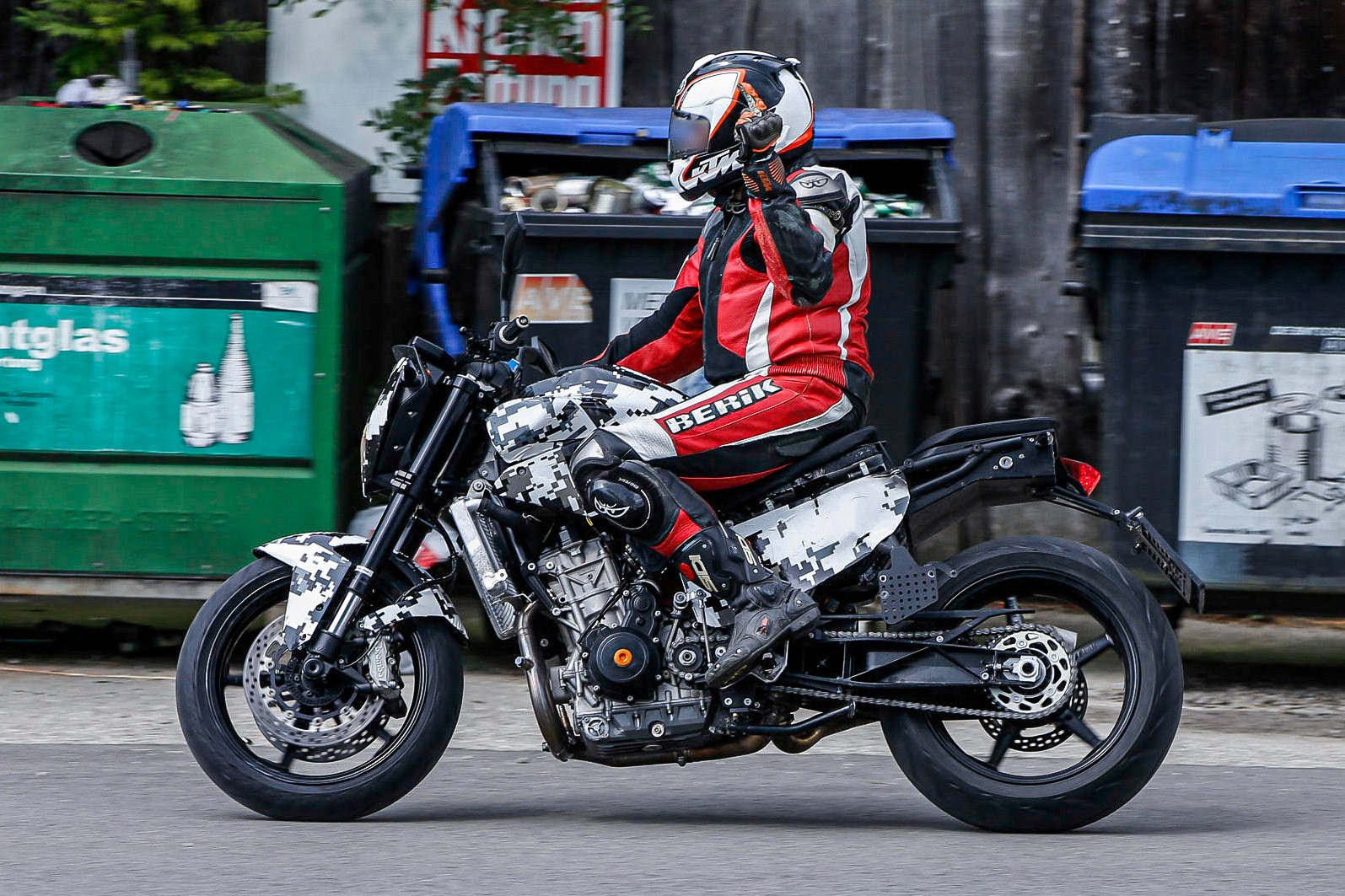 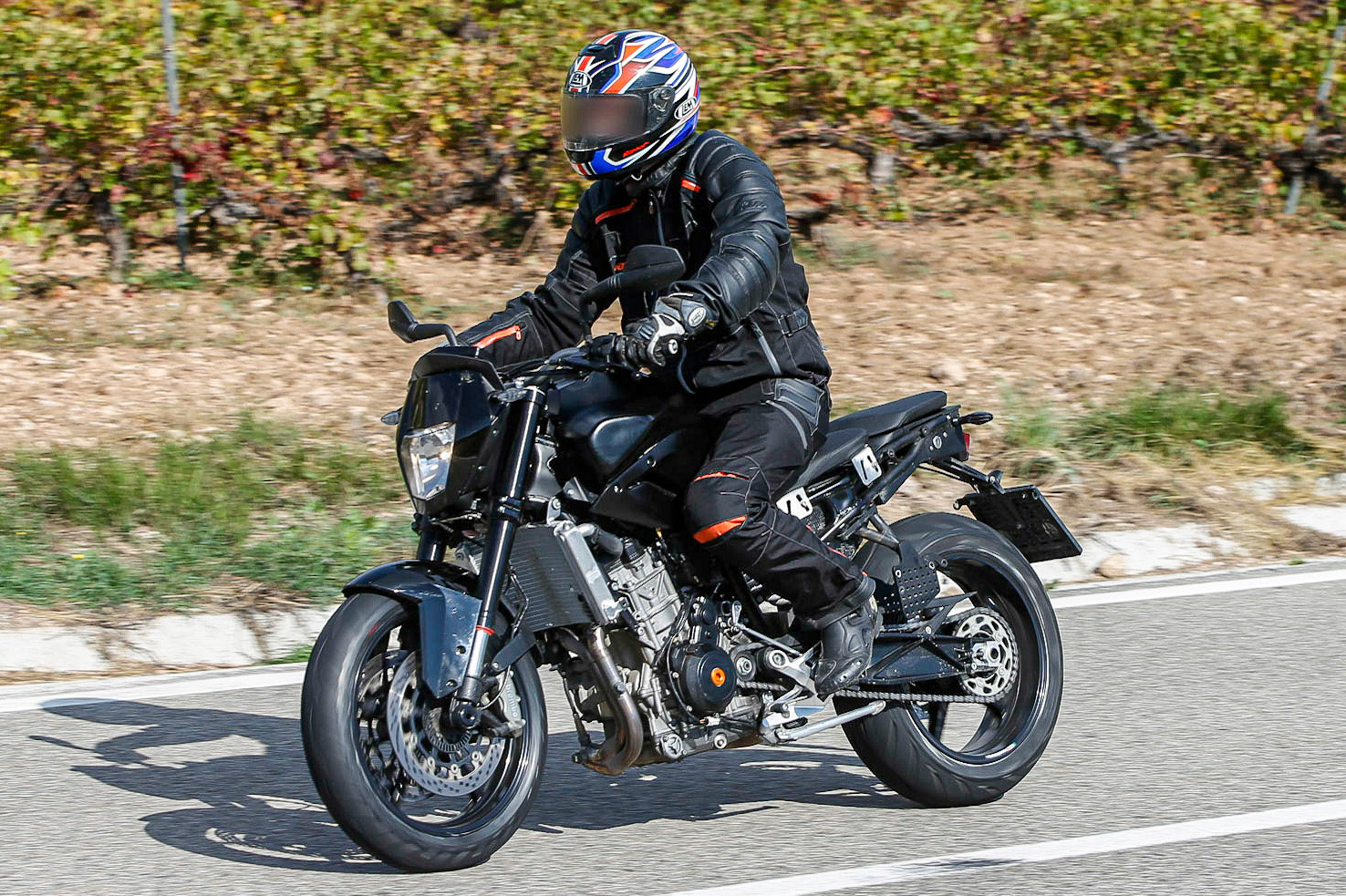 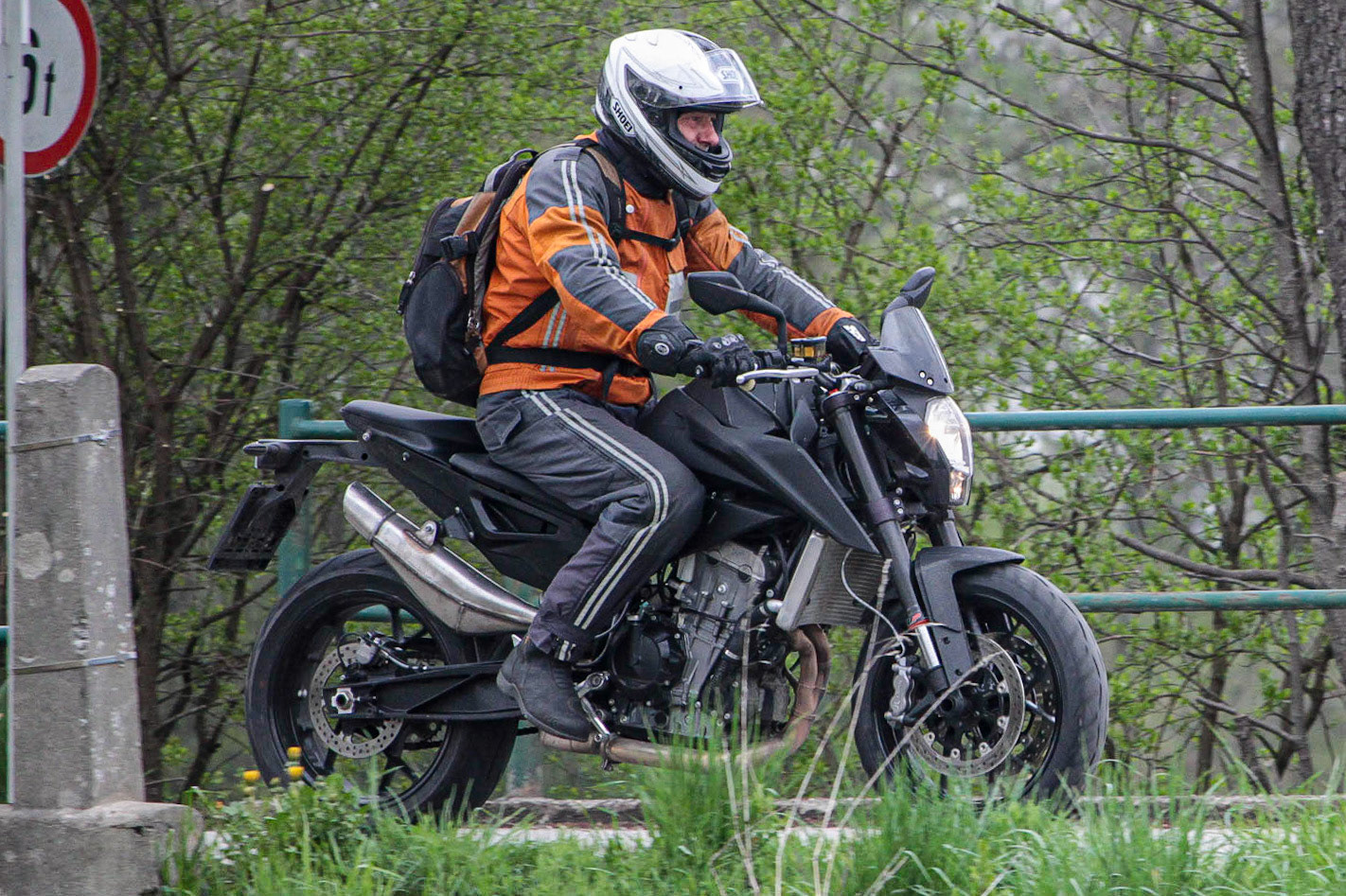 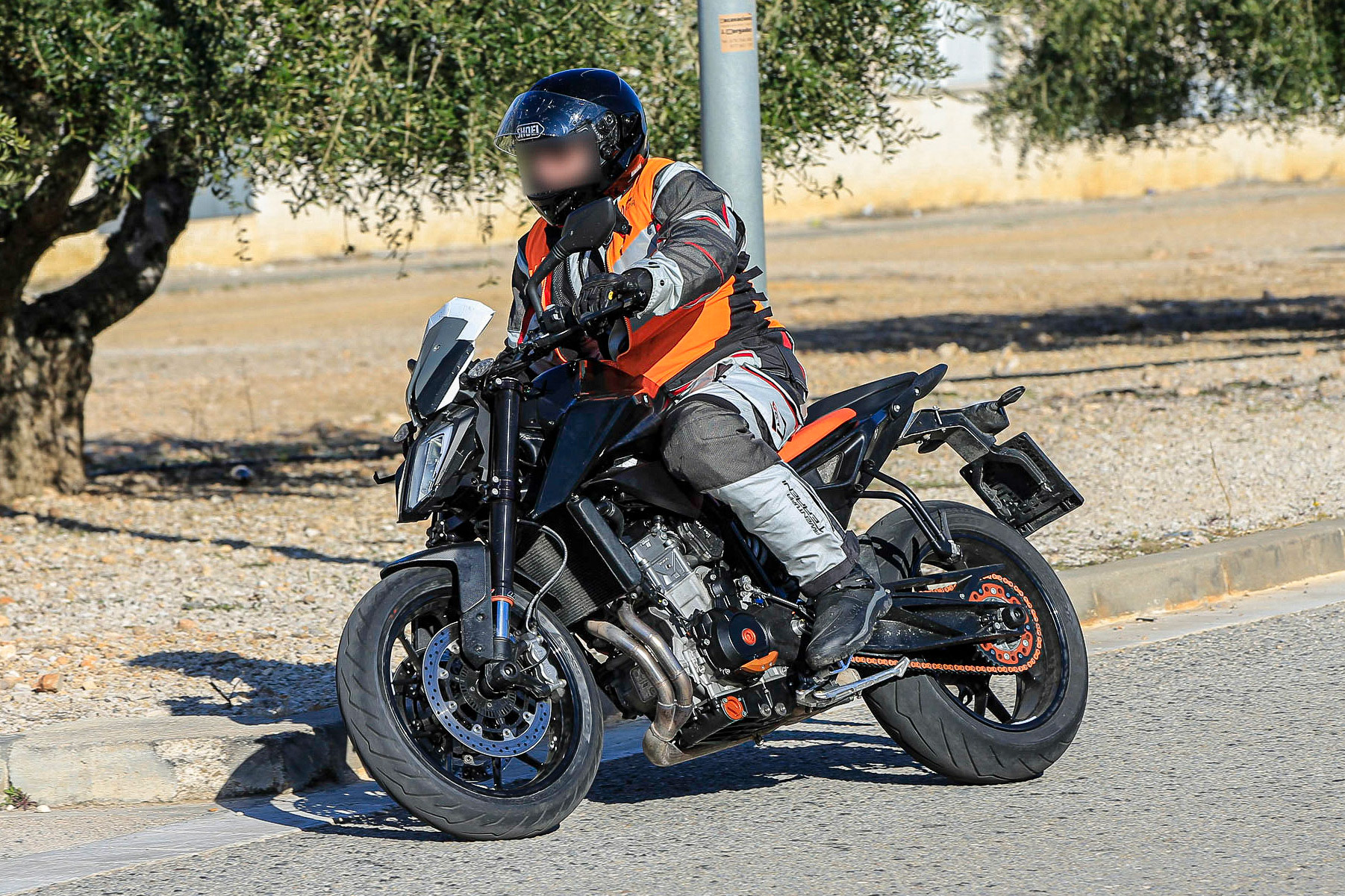 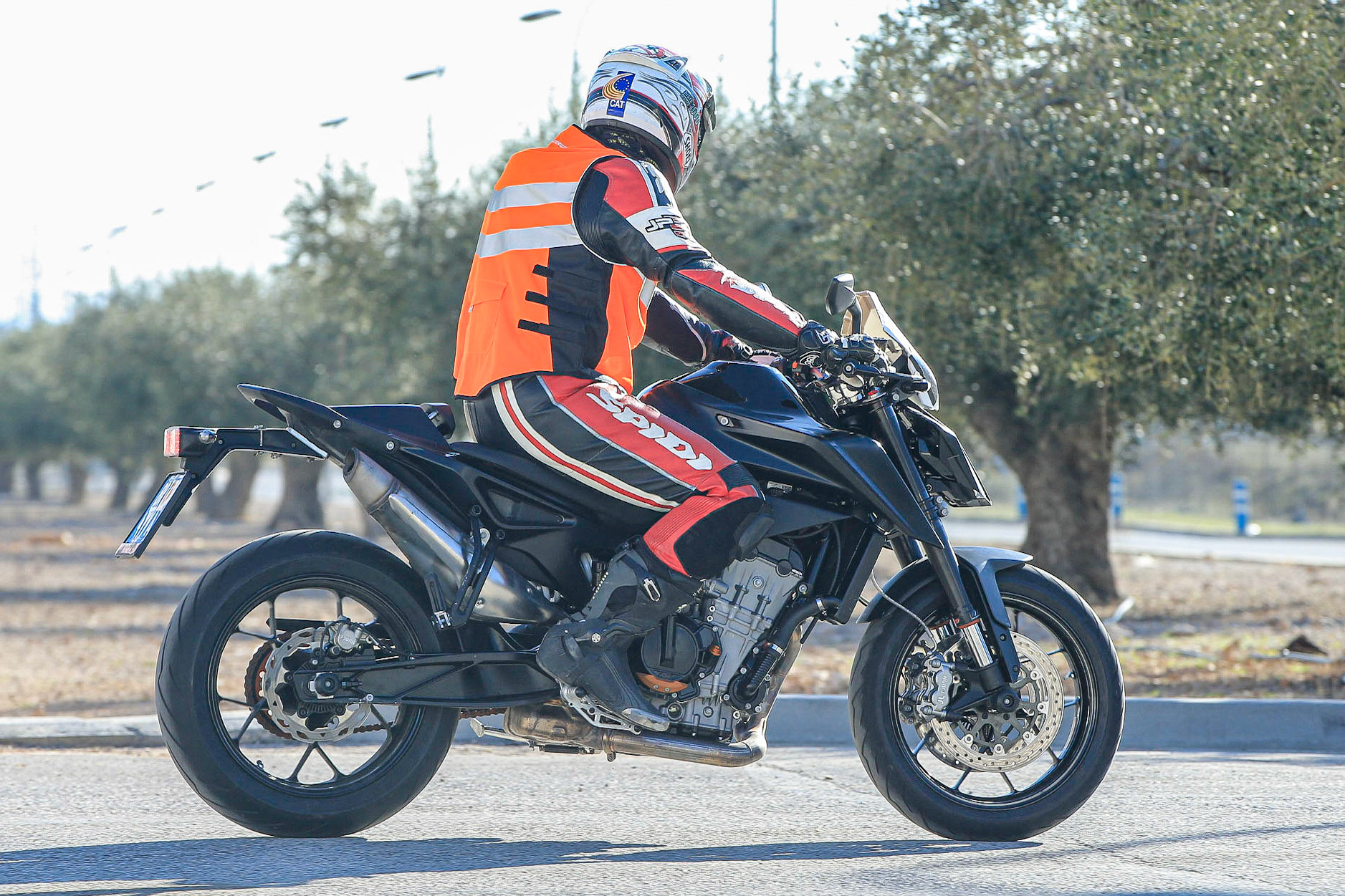 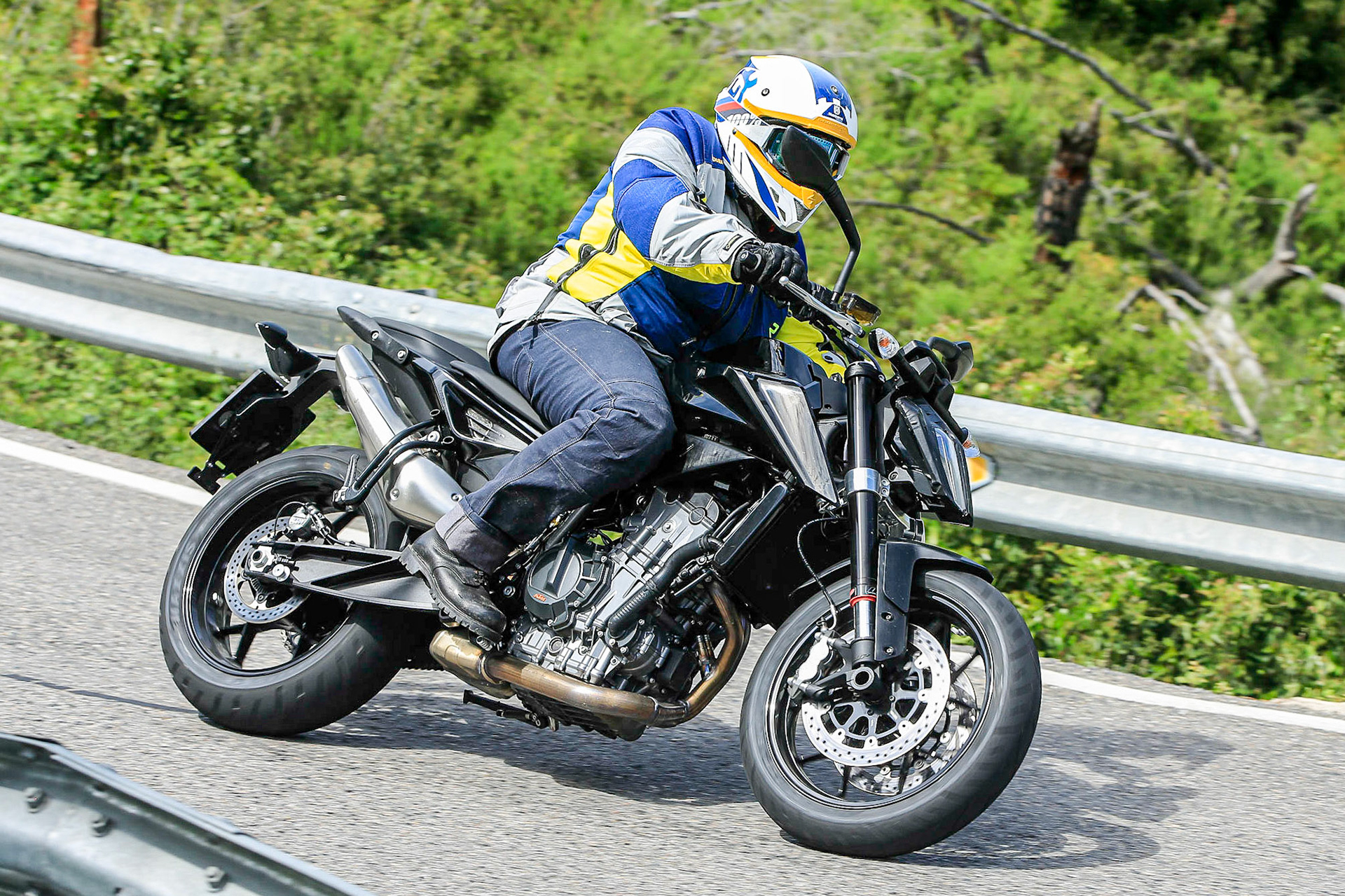